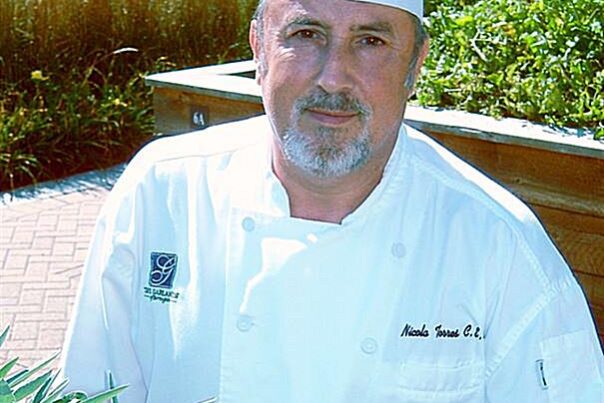 Globally inspired cuisine prepared by The Garlands Executive Chef Nicola Torres gets a flavor boost from ingredients found in The Garlands very own backyard.

Chef Nick’s herb garden, with over a dozen fresh herbs including basil, chives, rosemary, parsley and dill, provides the “secret ingredients” that make his dishes so bright and tasty.

“Food simply tastes better when prepared with fresh herbs,” says Chef Nick, who uses the garden-fresh supply of herbs from mid-June through October in marinades, sauces, soups, salads and garnishes. “Besides the convenience, homegrown is less expensive than store bought.”

Garlands members delight in Chef Nick’s cooking with the aromatics almost as much as watching him harvest them. “Members get a kick out of seeing me walking through the community in my chef coat with my basket of fresh-cut herbs,” he says.

Rosemary is among Chef Nick’s favorite herbs. “It’s excellent in Tuscan cooking,” he notes, fondly recalling a slow roasted wild boar stew featuring rosemary over pappardelle that he made in Italy.

In addition to playing a starring role in many dishes, herbs also play a healthy role in that they reduce the need to season with salt. Basil, parsley and chives are best sprinkled on food after cooking and just before serving, while heartier herbs like rosemary, thyme and sage can be used during the cooking process to add flavor.

Chef Nick snips what he needs from the garden and then saves any extras by wrapping them in a damp paper towel and storing them in the refrigerator for up to three days. At the end of the season, Chef Nick says that the herbs can be preserved by either drying or freezing to give winter dishes a taste of summer.

At The Garlands upcoming annual Chef’s Table event, Chef Nick will serve a minimum of five courses, featuring a variety of his homegrown herbs, along with wine pairings to excite members’ adventurous pallets.

Meanwhile, before being picked for kitchen duty, the fragrant herbs provide a patch of lovely greenery for all to enjoy with their eyes instead of their taste buds. 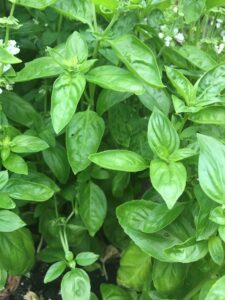 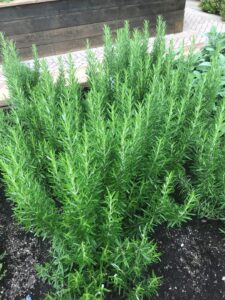 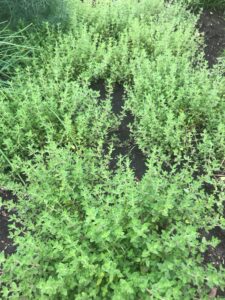