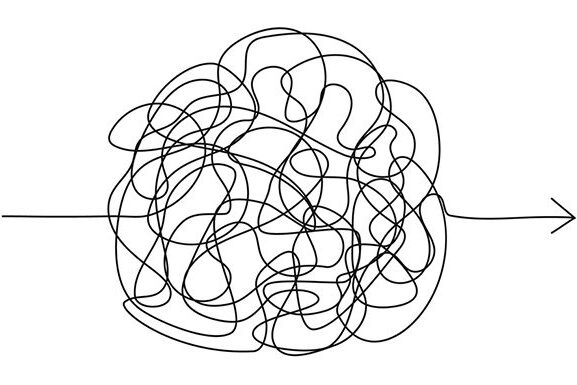 Sometimes writing is easy. You’re in the zone. The words pour out. Good words! But sometimes, writing is so difficult it feels impossible. You have the dreaded writer’s block.

There can be different reasons for writer’s block, and overcoming it depends on why you have it. Fear, boredom, and unarticulated problems with the book can all play a role. Here are some suggestions that have helped me manage to keep writing.

Writing sometimes feels like undressing in public. You expose your heart and mind for other people to judge, and you fear that they will judge harshly. So to avoid that harsh judgment, you stop writing. If you reject your own writing first, no one else has the chance.

Another thing I do when I’m stuck is saying, “A bad way of writing this would be…” Then I write something without committing to it and move on. When I come back, sometimes the “bad way” doesn’t look so bad.

Writing a novel is a long haul. You have to keep at it for days, months, even years. I find that sometimes when I’m slogging through the middle, I’m bored. I don’t necessarily think what I’m writing is boring, though that’s always possible. It’s just that I’ve been building it word by word, scene by scene forever. When writers keep veering off to write new, more exciting stories, boredom with the long slog is often the reason.

One trick I use is to plant secrets. I got this idea from a theater friend who said that in the long run, her director sometimes hid colored dots on the set for the actors to find during a show. She said it helped keep her mind from wandering.

The secrets don’t even have to affect the story. When I was writing The Wind Reader, for instance, I decided two background characters in a crowd scene were having an affair. Also, the castle had been built over multiple generations, so the corridors sometimes turned in confusing ways. I decided they hid secret passages.

While the secrets don’t have to affect the story, sometimes they’re so much fun, I decide to use them. The secret passages played no role in The Wind Reader except to amuse me, but I have to confess I couldn’t resist using them in the sequel, The Wysman.

I used to not believe in writer’s block. And then, in the middle of writing The Wind Reader, my writing became totally paralyzed. I could not make progress. I actually felt sick when I sat down to work on it.

I found I could still write fanfiction, just not my novel. That told me I wasn’t completely blocked. Something else was at work here. I backed off, wrote fanfic, and let the novel sit, though I still fretted about it regularly.

Then, after about a month, I woke up one morning, worrying as usual about my overly complicated plot, and how I still didn’t know who’d killed a tax collector, and how I was going to have to cut a character I liked because I didn’t know how to use her. And suddenly it occurred to me that she could be the killer. The more I thought about it, the more I liked it.

That day, I started back to work on The Wind Reader and pressed on to finish the book. I think that letting the book sit while I worked on a different project allowed my back brain to work on problems I unconsciously knew were there.

Most days, I feel incredibly lucky to be a writer. I’m lucky to have a publisher and books in print, but that’s not what I’m talking about. I’m talking about the joy of exploring characters and storylines. I hope the things that help me keep doing it help other people too.