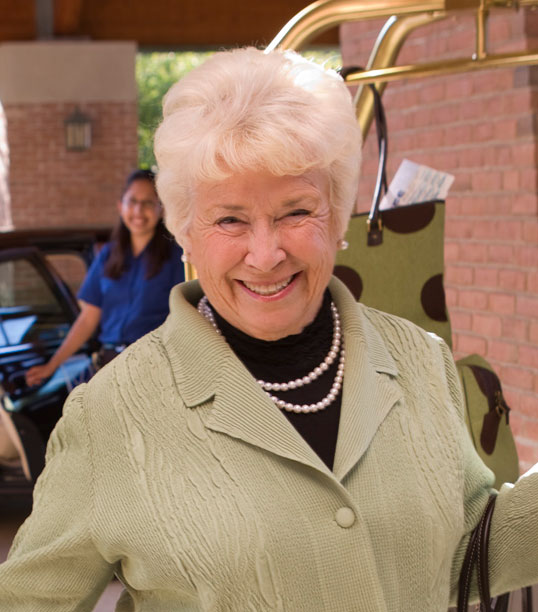 As they say, “It’s funny how time flies, especially when you are having fun.”

It is hard to believe that I have lived at The Garlands for 16 years now–I have enjoyed every moment! In fact, this might even sound like an ad for The Garlands, however, I thought that maybe some people might like to learn how an “old timer,” who has lived here nearly from the start, feels about being a Garlands member
Continue Reading Sixteen Years, WOW! 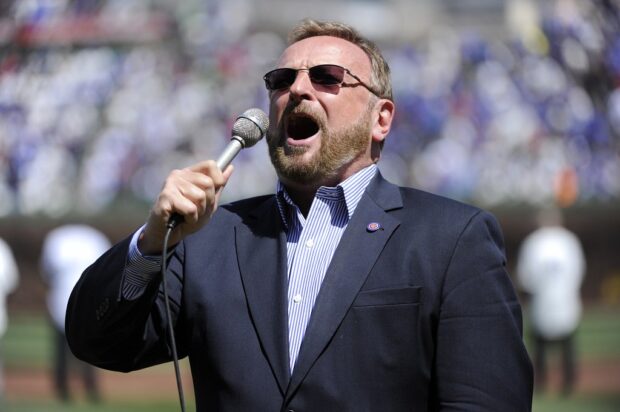 One of Chicago’s most recognized voices, Wayne Messmer is best known for his stirring rendition of the National Anthem over the years. Wayne’s baritone has been a fixture at Wrigley Field (Cubs), Allstate Arena (Wolves), Soldier Field (the Bears) for decades. Drawing from a lifetime of musical experiences as a singer, actor, speaker, author, and broadcaster, Wayne and the Wayne Messmer Jazz Group blends an entertaining mix of personality, jazz standards, cabaret, and Broadway classics. Wayne’s words, music, humor, charm, and grit come together in an unforgettable program. Continue Reading Wayne Messmer & Friends, Dinner and Show! 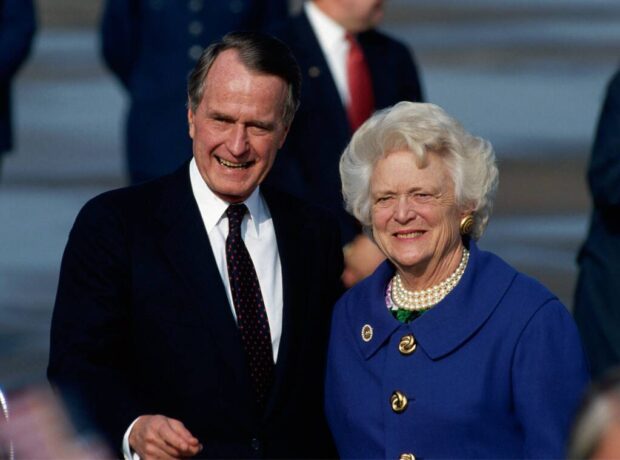 Barbara Rinella Presents A Tribute to George and Barbara Bush

Barbara Rinella, who dramatized Barbara Bush: A Memoir in 1994 (and was even thanked personally by the author), could not resist the opportunity to create this special program to give tribute to true American Heroes! This new program will be based on two wonderful books written by the Bush’s grandchildren, George and Barbara Bush, A Great American Love Story and Sisters First, Stories from Our Wild and Wonderful Life Continue Reading Barbara Rinella Presents A Tribute to George and Barbara Bush 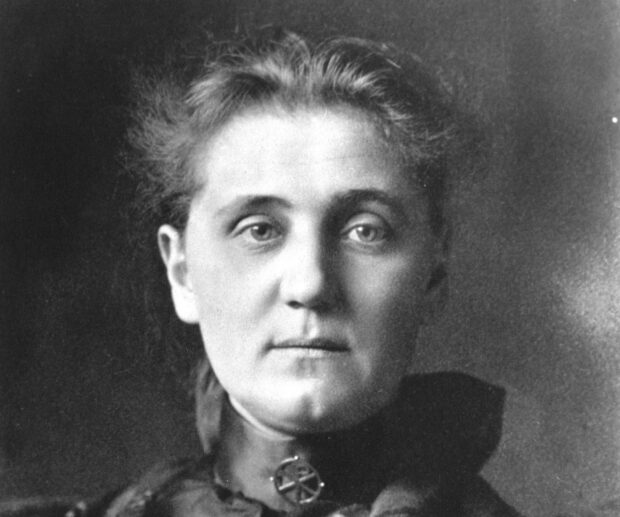 Drop-in at Hull House, where you’ll have tea with Jane Addams. If you’ve seen Betsey Means’ Holocaust survivor Alicia Appleman-Jurman or Emily Dickenson and others, you know the amount of research and rehearsal that goes into each gem of a performance. Continue Reading Democracy in America: Jane Addams 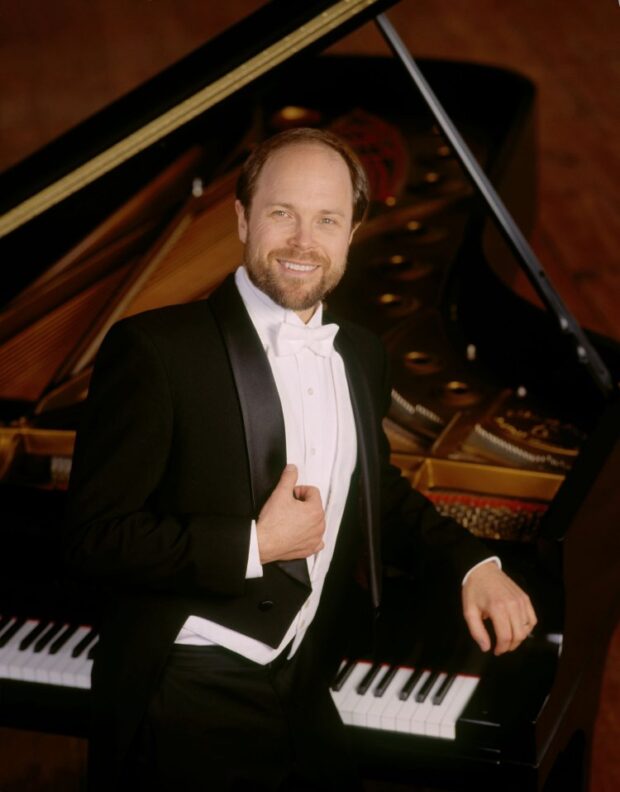 In this engaging and interactive program, William Pack explores the real science of how our brains trick us into seeing and believing things that don’t exist. You’ll experience how optical illusions work, why people fall for scams, and how we make thousands of choices every day, including how we are hard-wired to believe fake news. William will also give proven, scientific, actionable techniques to preserve brain health and overcome the logical fallacies we all make. In the end, you may be left wondering if your brain has a mind of its own. Continue Reading Harper College: Mind Games 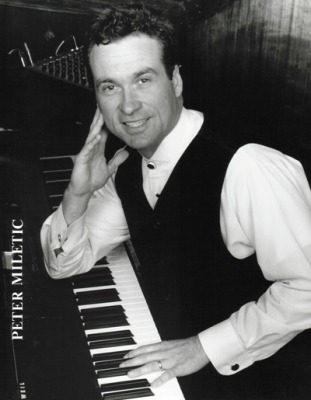 With his big personality and loads of talent, Peter wowed all who attended the February 2 Birthday Bash. We’re thrilled to have him back! Invite friends or come on your own for this super-fun show (remember to rsvp). Peter will lead us through standards, classic jazz, and swing. He clearly loves performing these beautiful melodies as well as a little Johnny Cash and Neil Diamond. Continue Reading Peter Miletic Concert 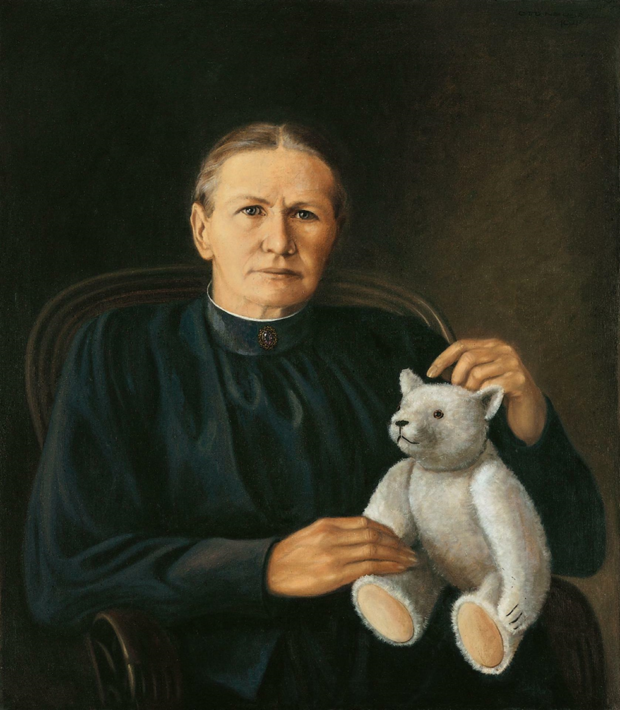 It is common knowledge that President Theodore Roosevelt, who died one century ago this year, was the namesake of the world-famous Teddy Bear. Hardly anyone knows, though, that the cuddly stuffed toys were invented by an amazing woman from Southern Germany who overcame terrible sickness and incredible challenges to turn her tiny workshop into one of the most recognizable international brands– and all that in the male-dominated world of the 19th century! Join German historian Anette Isaacs as she relates the true story of toymaker and business maven Margarete Steiff! Continue Reading The Woman Behind the Teddy Bear 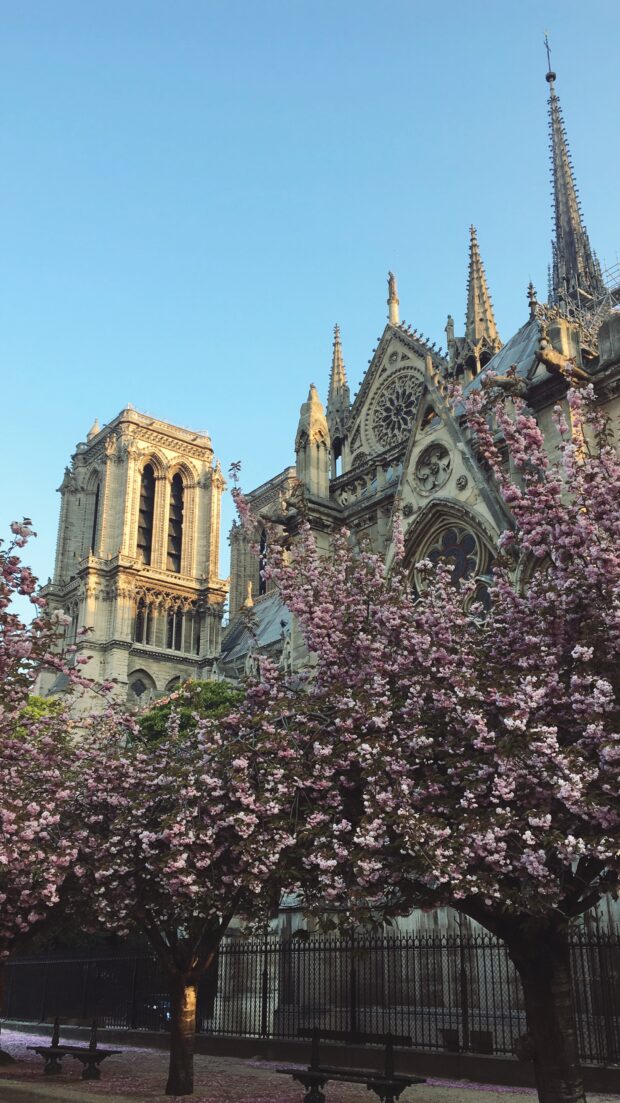 Tom Banfield: French Cathedrals, How They Are Built and Why They Burn

While living in France with his French wife, Jacqueline, The Garlands member Tom Banfield became obsessed with the structure and construction process of France’s magnificent cathedrals, built three or four centuries before Columbus discovered America. Tom has shared his extensive knowledge multiple times at The Garlands. This presentation is augmented with new information about the burning of Notre Dame de Paris on April 15th of this year, along with a discussion on the history of similar cathedral fires. Continue Reading Tom Banfield: French Cathedrals, How They Are Built and Why They Burn 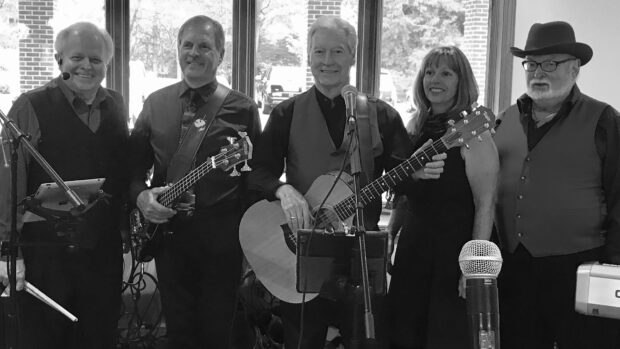 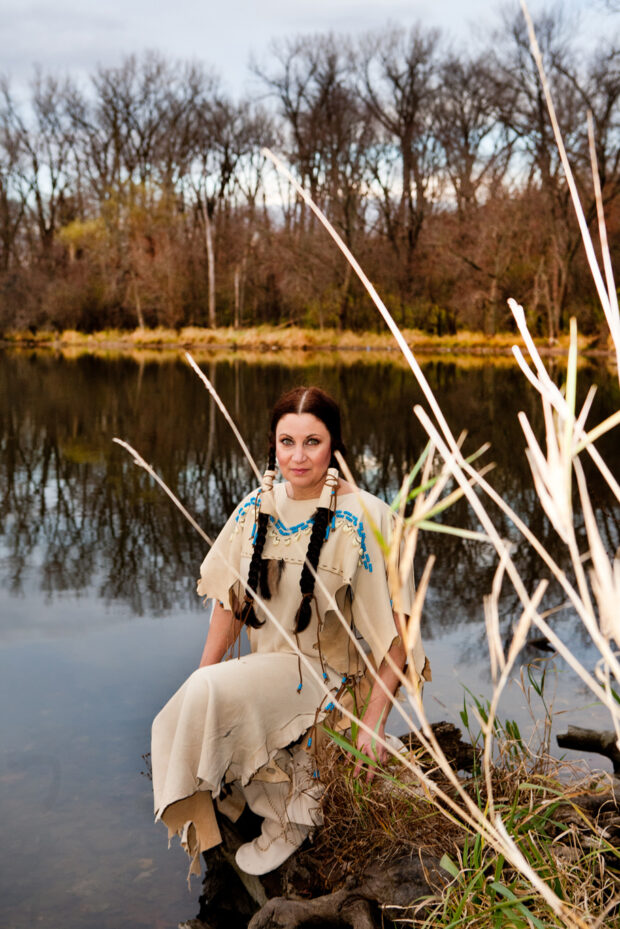 We’re all familiar with Lewis and Clark, the men who explored and charted the western half of the United States, but how much do we know of their companion Sacagawea? This incredible Lemhi Shoshone tribeswoman was indispensable to the most significant journey in U.S. history. Sacagawea: Adventures with Lewis and Clark will immerse you in her life, experiences, and incredible journey into the Louisiana Purchase. If you’ve seen Martina’s Six Wives of Henry VIII or Marie Antoinette, you know what an education and joy her performances are. Continue Reading Martina Mathisen Presents Sacagawea: Adventures of Lewis & Clark 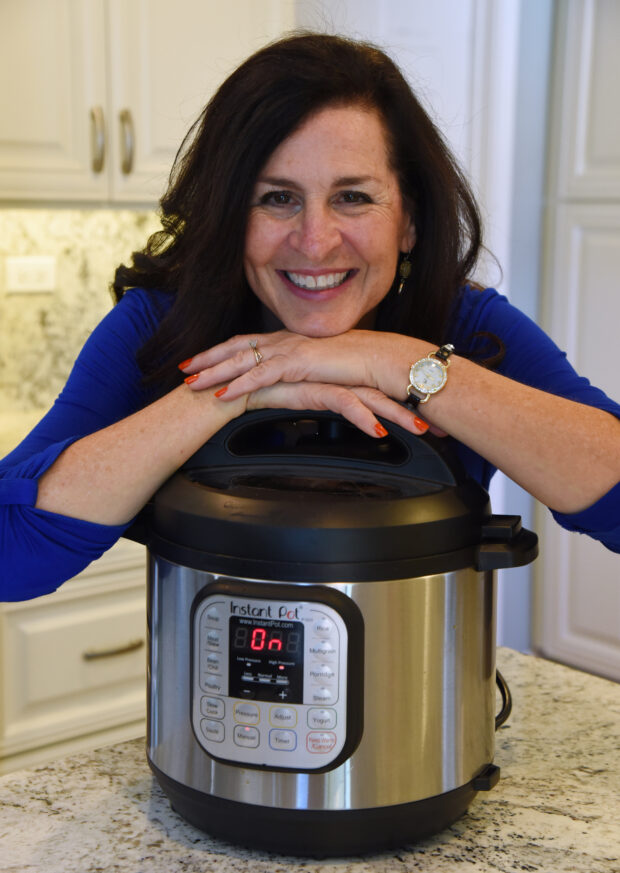 Ann Wayne’s relaxed and fun class has become a fixture here at The Garlands. As we age, our need for nutrient-rich meals increases. Ann will demonstrate how to prepare nutrient-dense soups quickly and easily. As always, Ann provides recipes and generous portions of the day’s fare (and usually a little dessert!). Reserve your spot, and bring your appetite. Continue Reading Instant Pot/Crockpot Cooking (and Eating!) 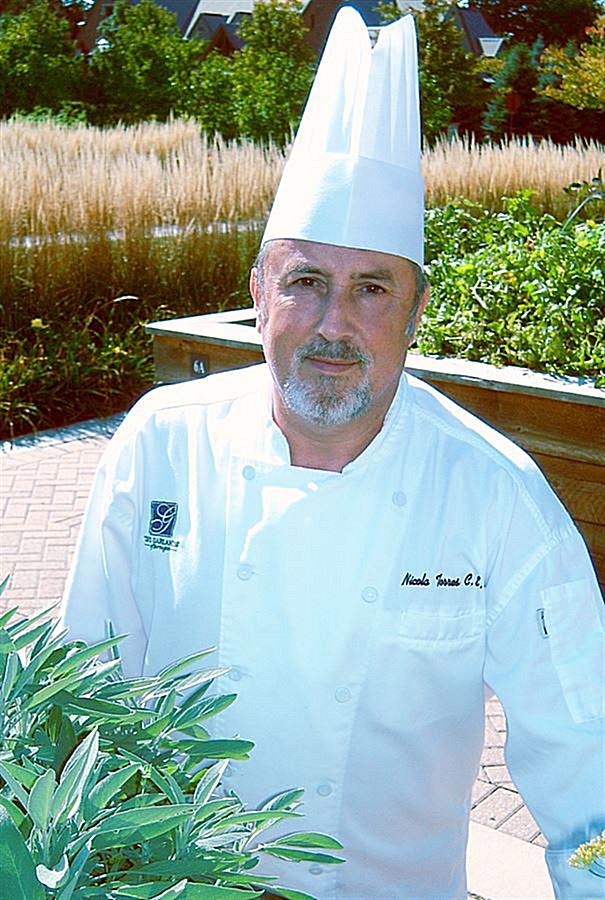 Globally inspired cuisine prepared by The Garlands Executive Chef Nicola Torres gets a flavor boost from ingredients found in The Garlands very own backyard.   Chef Nick’s herb garden, with over a dozen fresh herbs including basil, chives, rosemary, parsley and dill, provides the “secret ingredients” that make his dishes so bright and tasty.   “Food simply… Continue Reading Chef’s Not-So-Secret Garden 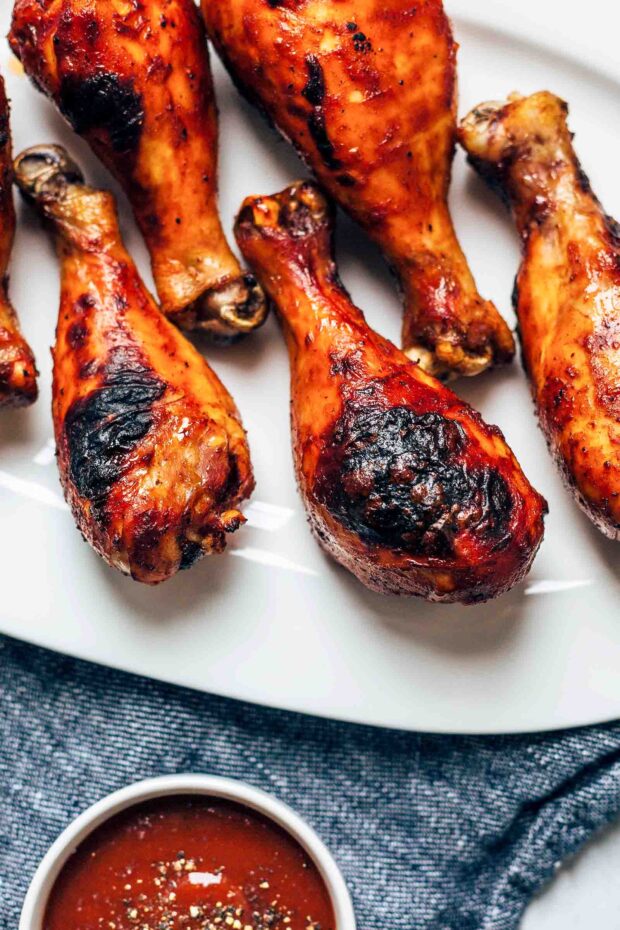 More Summer in a Snap: Ann Wayne will show us how to whip up a quick, and delicious indoor BBQ. And also a sweet that might keep visitors coming back… Bring your appetite! Continue Reading Instant Pot/Crockpot Cooking (and Eating!) 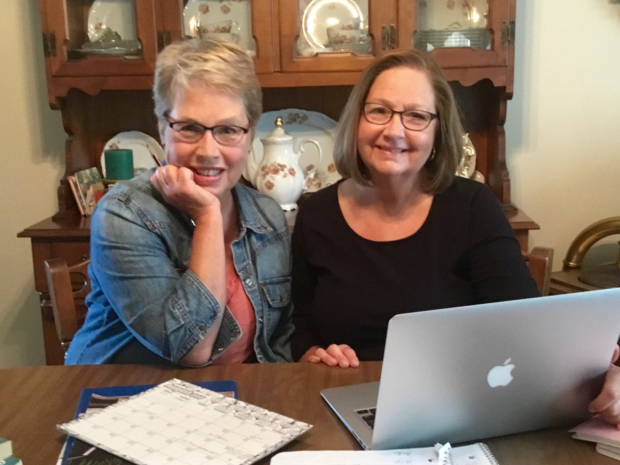 “There is no ‘You Are Here’ on the Alzheimer’s progression chart,” says Regina Olson, who, along with her sister, Deborah Harwood, wrote a book of the same name describing their family’s experience as their mother struggled with Alzheimer’s disease.

By studying the growing body of Alzheimer’s research, the sisters were able to make sense of their mother’s behaviors as well as why she could remember the words to her favorite old hymns but could not remember their names. After reading their book, one Garlands member purchased ten copies to share. Could their story be yours too?
Continue Reading Losing Mother Twice: Facing the Alzheimer’s Journey 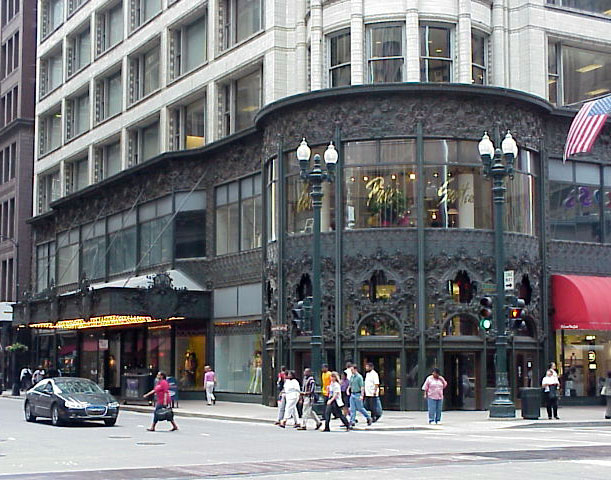 For decades, Chicago was home to some of the nation’s grandest department stores. Clustered mostly along a mile-long stretch of State Street, generations of Chicagoans trekked to stores like Marshall Field’s, Carson, Pirie, Scott, Sears, Wieboldt’s and Goldblatt’s, which set new standards for retail innovation, customer service, and visual display.

This nostalgic lecture uses photographs and memorabilia to revisit Chicago’s fabulous retail emporiums and explore their rise and fall. Instructor Leslie Goddard earned her Ph.D. in US History and Women’s Studies from Northwestern University. She is a former museum director and the author of the book Remembering Marshall Field’s. 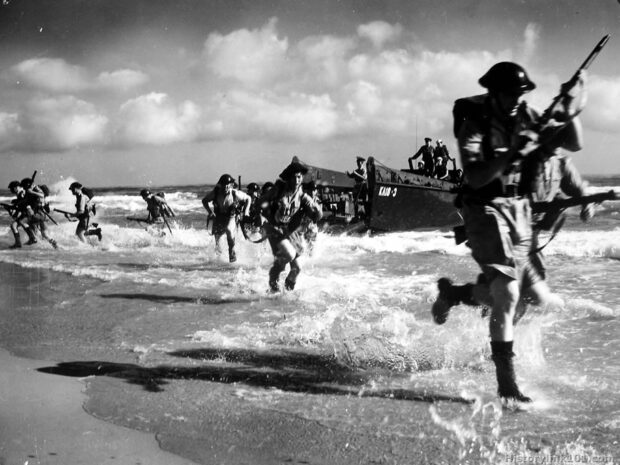 “D-Day Plus 50” is a review of the celebrations of the 50th anniversary of the D-Day invasion of Europe presented by Garlands members Dr. Lloyd and Mary McCarthy. In addition to their visits to World War II battlefields and other war-related sites, D-Day history for the McCarthys was enhanced with stories of personal experiences told by combat veterans in their tour group. This overview starts in London and concludes in Brussels.
Continue Reading D-Day 75th Anniversary Review “D-Day Plus 50” 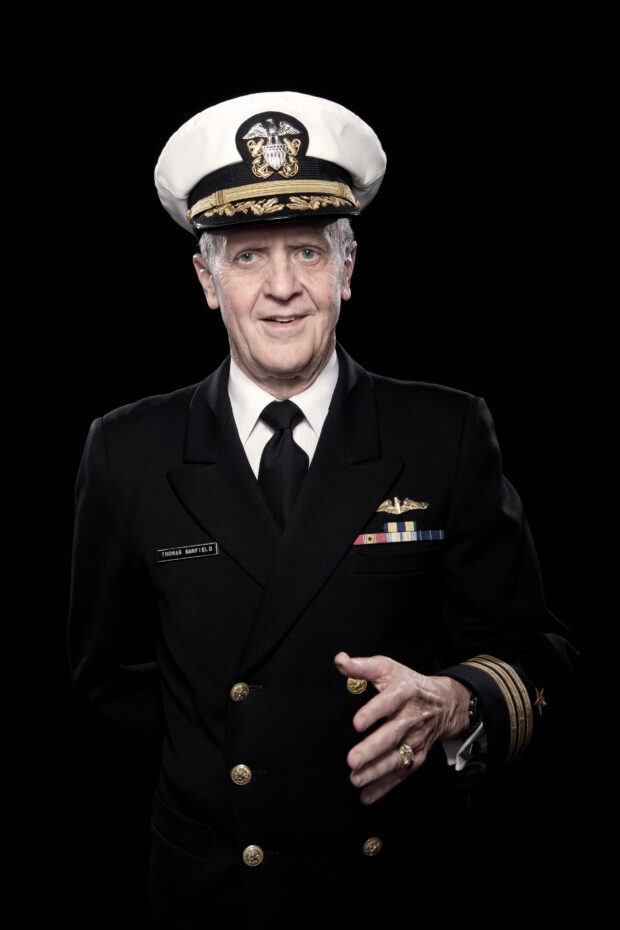 Garlands member Tom Banfield’s presentation will include material from his presentation for the 70th anniversary of D-Day, augmented by information from a recent book, D-Day Through German Eyes, by Holger Eckhertz. This book published writings by a German reporter who had interviewed German soldiers and officers stationed in Normandy before and after the landings and offers a perspective of D-Day heretofore missing from the records of the largest seaborne invasion in history. Continue Reading D-Day 75th Anniversary with Tom Banfield 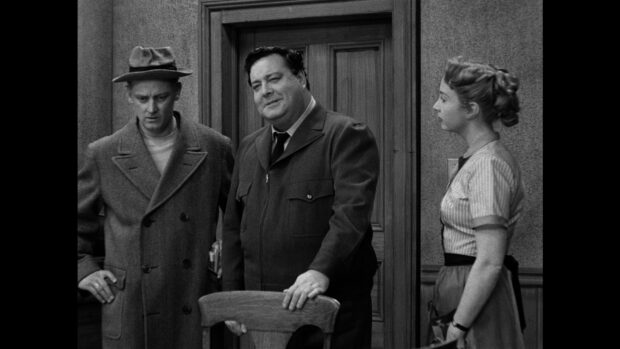 The Garlands and BACOA are teaming up to host a game night. Clues and answers will be pulled from the 50 years between 1940 and 1990. Categories: Music, Movies, TV & Radio, News Reels, Jingles & Advertising, and Miscellaneous. A Master of Ceremonies will keep the event moving along. Gift baskets will be raffled off, and the winners will take home
prizes. Refreshments like soft drinks, coffee, popcorn, and chocolate-dipped pretzels will be served. Continue Reading Trivia Game Night for the Silver Generation! 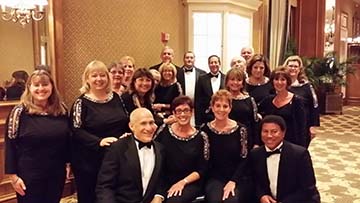 Buffalo Grove Singers ENCORE! Present “Back to the Theater”

“Back to the Theater,” a tribute to 21st Century Broadway honors both new musicals and revivals of successful musicals from the past decade. Songs include selections from recent Broadway shows including Jersey Boys, Motown, Ragtime, and Beautiful, along with numbers from Guys and Dolls, Hair, and Kiss Me Kate. This fine arts adult choir performs all over Chicagoland and has come in first in a national choir competition. It’s a must-see show! Continue Reading Buffalo Grove Singers ENCORE! Present “Back to the Theater”