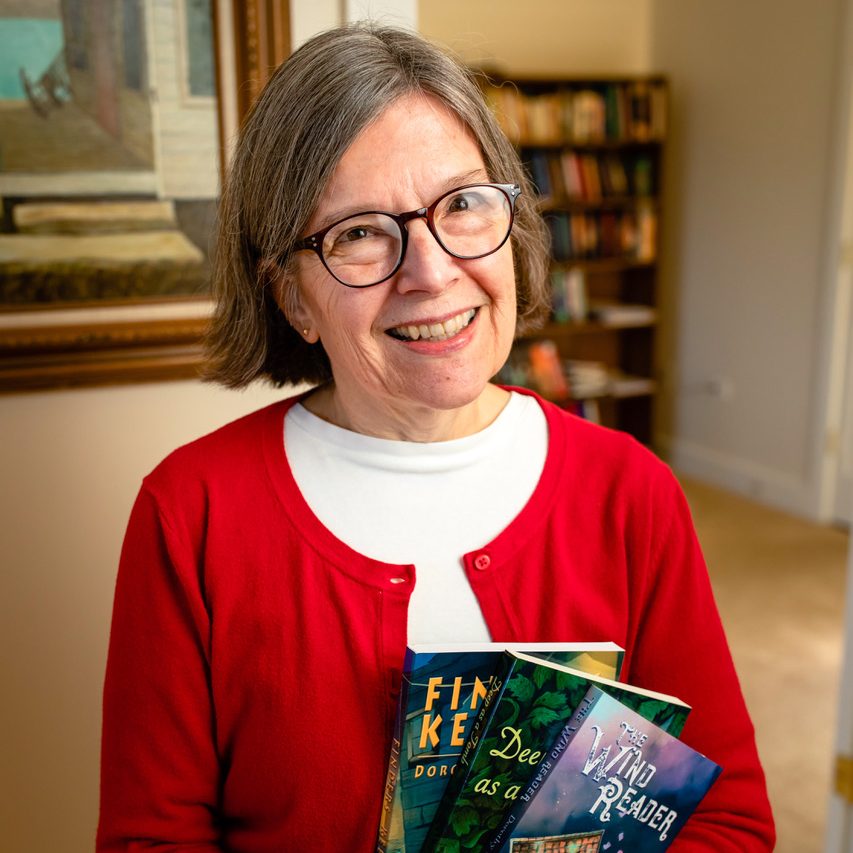 Barrington, IL . . . At age 72, Dorothy Winsor moved to The Garlands and took up a second career as an author writing young adult fiction. She has published three books and is releasing a new young adult novel, The Wysman, this summer. Her advice to others who are considering pursuing new dreams in retirement:

“Don’t doubt yourself! Be brave enough to try new things no matter what your age.” 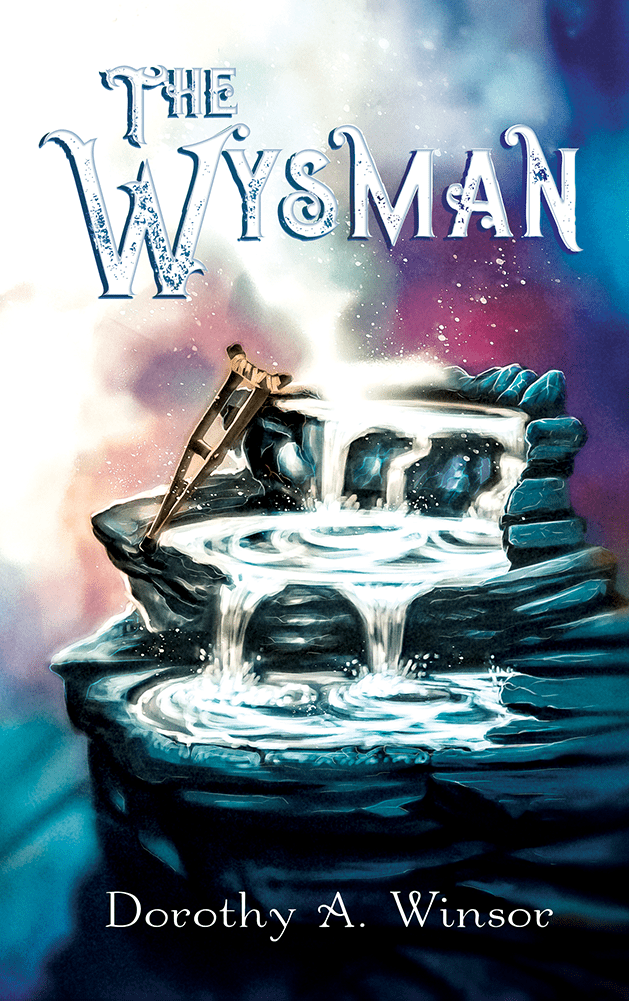 A longtime English Professor who taught technical writing at Iowa State University, Winsor says, “Though I read plenty of fiction, I never thought of myself as creative enough to write it.” Turns out, she was wrong!

Her soon-to-be-released fourth book is about a street kid turned advisor of a king who is determined to hunt down the person who is making poor children disappear. The central character in The Wysman, and a reoccurring character in Dorothy’s books, Jarka, was born with a disability, a crooked foot, and uses a crutch. However, in the world of the book, the gods never take anything away without giving something back. In Jarka’s case, although the disability doesn’t define the character, the crooked foot is what gives him the ability to read the wind, a key attribute in his quest.

As she developed Jarka’s character, Dorothy thought about how disability is something that happens in real life and that “books shouldn’t erase it.” She reveals, “The Wysmanis about the way people who are out of place or who don’t easily fit in are sometimes the most perceptive about what’s going on around them.” It is an important message for her young adult audiences for whom “fitting in” can be a big concern.

Since moving to The Garlands, “fitting in” hasn’t been a problem for Dorothy who finds motivation, support, and camaraderie with other local writers. “One of the great things I found when we moved to The Garlands was the Barrington Writers Workshop. The Workshop has been meeting for decades, usually in the public library next door to my home at The Garlands. You can’t get more convenient than that,” she quips.

She also joined two book clubs at The Garlands. “I read all the time on my own, however belonging to the book clubs expanded what I chose to read and showed me how social reading, or really the aftermath of reading, can be,” she says. Left to her own, Dorothy reads novels across genres, including fantasy, young adult, mysteries, and literary fiction, almost exclusively, but not as much non-fiction, biography or memoir. She says, “My new book clubs have pushed me to change that situation.”

Additionally, Dorothy is a guest blogger for The Garlands. You are invited to read her blog on overcoming writer’s block.

Dorothy’s new book, The Wysman, is available online, at selected bookstores, and is available for pre-order now directly from the publisher, UK-based Inspired Quill. You can follow Dorothy on Twitter, Facebook and her Blog.