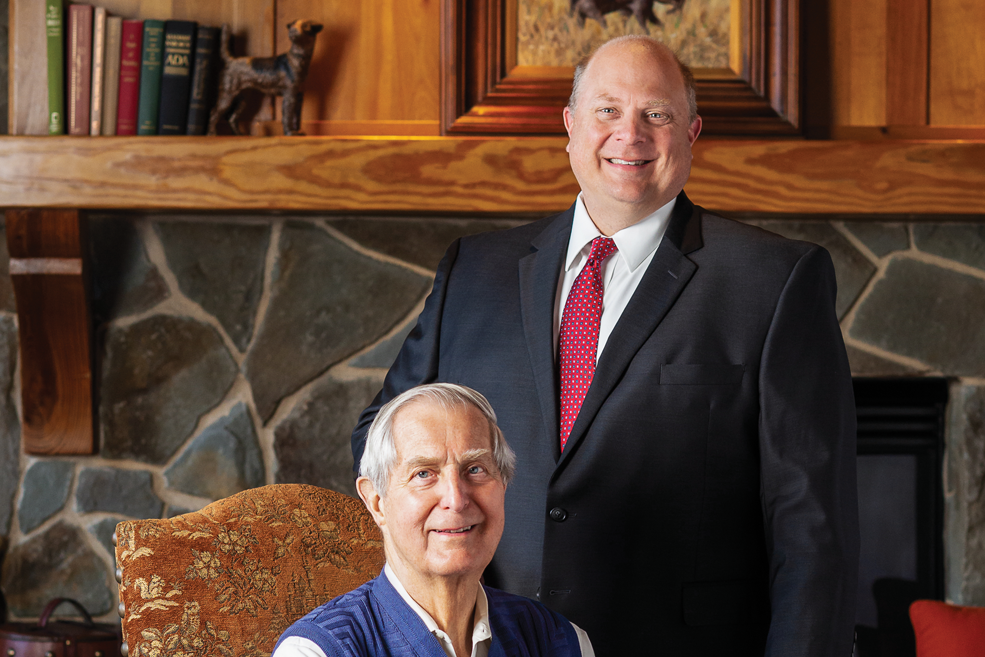 The Garlands of Barrington is known for exceptional architecture, an award-winning lifestyle, and top-rated health care, however one of its biggest strengths is a little-known fact—local, private ownership.

Developed by Barrington’s Own

The inspiration of a small group of long-time Barrington residents, business owners and friends, Marvin Herb, Bill Brown and Richard Pepper were the original investors and visionaries behind The Garlands of Barrington. The trio nurtured the project throughout its development, initial construction, and opening with attention to the greatest detail.

A Father and Son Partnership

This wasn’t the first time the two Herbs worked together. Father and son began their professional relationship back in 1984 operating what became the largest independently owned Coca-Cola bottling organization in the country. Tom began his career sorting returnable bottles in the warehouse of the family’s bottling plant in Niles.

As he graduated from Babson College and earned an MBA from Northwestern University’s Kellogg School of Management, Tom’s career with Coca-Cola progressed, culminating in the family’s successful sale of the business and, eventually, the inception of The Garlands.

Over the years, and with Marvin and Tom’s leadership, The Garlands became an award-winning Life Plan community that truly raised the bar for seniors housing nation-wide.

For the last 25 years, Tom and his wife Wendy raised their four children in North Barrington, and, after 40 years of living in the Barrington area, Marvin and his wife Judy now enjoy a home at The Garlands.

“There is nothing more beneficial than having local ownership involved in the daily operations of the community,” says Dawn L. Kempf, COO of The Garlands.

“Two of the greatest advantages of being privately owned and operated are that we are financially stable, and we can be more responsive to our members’ needs.”

The organization’s financial stability was most evident throughout the 2008 recession when, despite world-wide economic turmoil, The Garlands second phase of development continued according to plan. More recently, responsive, nimble management was a real asset throughout the pandemic when Garlands leadership quickly responded with world-class Covid safety measures to help keep members and staff protected.

A Cornerstone for the Community

Over the years, The Garlands 32-acres of beautifully landscaped grounds, 288 private residences, and gracious amenities have become home to hundreds of older adults and a resource to families throughout the northwest suburbs and beyond.

Among its many milestones, The Garlands 20th Emerald Anniversary celebrates the Herb family’s legacy and commitment to quality, innovation, perseverance, integrity, and service to the Barrington community and beyond.