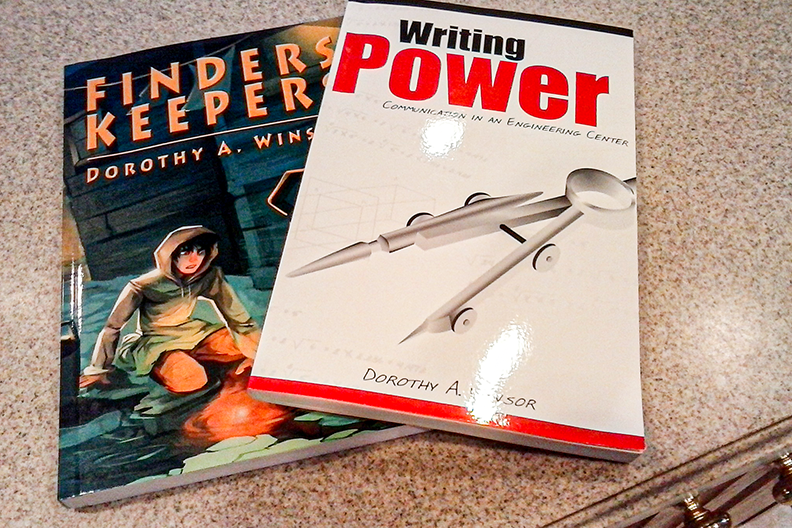 THE BEST ADVICE I EVER GOT

Back when I was writing academic books and articles, I conducted a five-year ethnographic project at an engineering center. My area is professional communication, so I hung around the center watching engineers try to communicate in their natural habitat. It was a lot of fun, and eventually, I wrote a book (Writing Power) based on the material I collected.

Someone I knew edited a series for SUNY Press, and he invited me to submit it to them. He sent the book out to at least one referee who advised him to tell me to revise and resubmit. The referee said the data were fascinating but I was too timid in drawing conclusions based on it. Then they went on to give me the best advice I’ve ever gotten: “I urge Professor Winsor to be brave with her data.”

I used the advice to rewrite the book and SUNY published it, but I’ve found it useful in all kinds of situations. A friend who was interested in a man heard me tell this story and asked him out, telling herself to be brave. I was scared of making a fool of myself by sharing my fiction with other people and did it anyway because I knew I needed to be brave. Since then, I’ve joined writing groups, read at open mics, and gone to conferences. I’ve moved, quit jobs, even approached people at parties. I put myself out there by being brave.

I find I need to give this advice to my characters too. I need to push them into scary situations that most of us would avoid, but they need to rush toward if they’re going to be a character the reader worries and cheers for. In particular, the main characters in a story are the main characters because they don’t do the usual thing.

I tend to protect my characters because I love them. But also I’m protecting me because I don’t want to live through bad things by identifying with my characters. That timidity makes for a weaker story. Bad things need to happen around them and to them, at least to some degree. As Tolkien says in The Hobbit:

So be brave. There will be scary moments, but in the long run, the brave people have more fun.