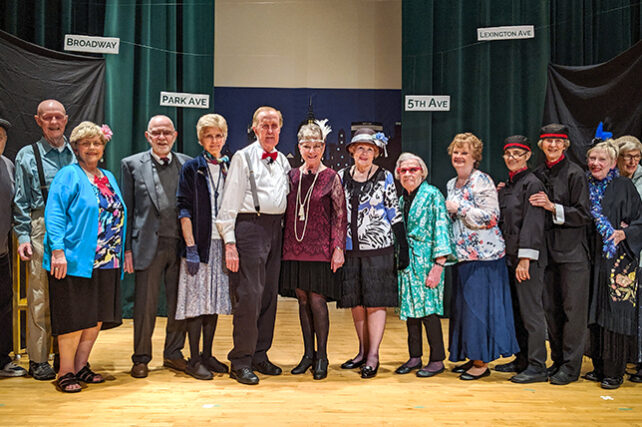 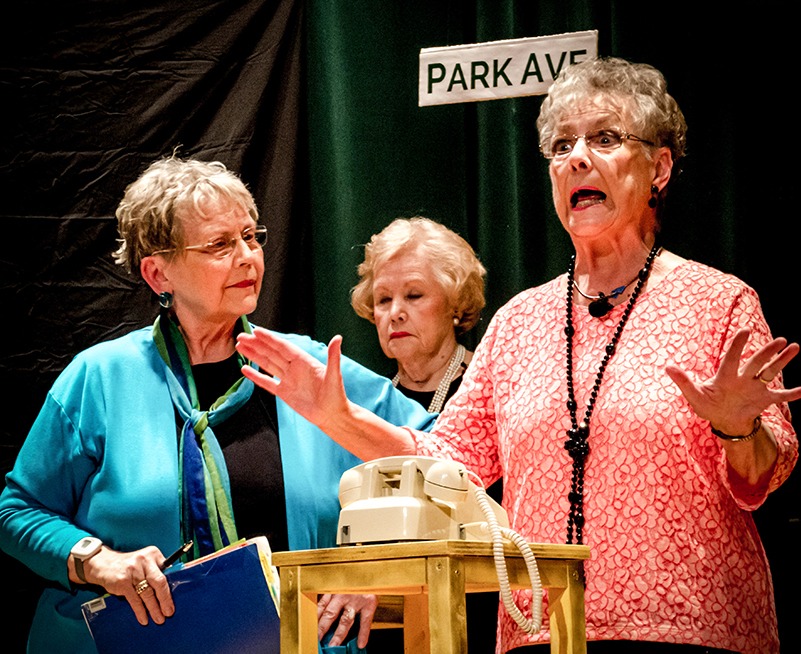 It is 1922 in New York City, and a young Millie Dillmount has just moved to the Big Apple in search of a new life – what’s a small-town girl to do? But, in real life, it is 2019 at The Garlands of Barrington and the actress who is playing Millie is a mere 81 years old and has found her new life on the stage! Fun, laughter and a good old fashioned yet “thoroughly modern” time was had by all at The Garlands Center for the Performing Arts as The Garlands Play Readers presented the boisterous musical, Thoroughly Modern Millie, Jr.

The Garlands Play Readers, a troupe of 20+ thespians, all of whom are over the age of 70, act, lip-sync and dance their way through dramas, sketch comedy and one-acts that are performed live in The Garlands’ 200-seat Performing Arts Center. Started in 2007 by the late Dr. George Flint, a surgeon turned actor and producer in retirement, and his wife Vally, the troupe has rehearsed and performed nearly 20 shows together. 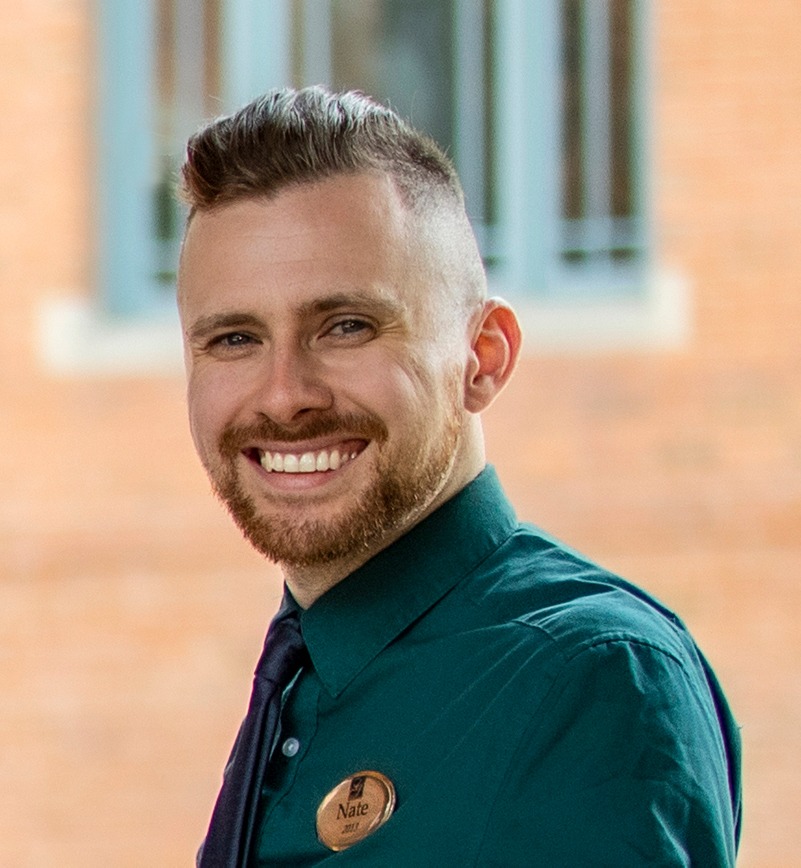 Nathaniel Szkil, Lifestyle Specialist at The Garlands of Barrington and Director of the life plan community’s production of Thoroughly Modern Millie, Jr.

“We performed Thoroughly Moodern Millie, Jr. for an audience of about 225 Garlands residents, families and friends,” says Director Nathaniel Szkil, Lifestyle Specialist at the community. “The crowd laughed and really enjoyed Mrs. Meers’ evil look, (played by Garlands member, Lee Nelsen), Millie’s non-stop antics (played by Garlands member Judy Thierer) and their supporting castmates all of whom are friends and Garlands neighbors who did an amazing job.”

Many of the troupe’s members dabbled in the performing arts in their high school and college years, while others, including Bonnie Gekler (Gloria and ensemble) and Chris Kotarba (Bun Foo) who recently moved to The Garlands, are new to the stage. All share a passion for entertaining and having a blast while rehearsing and putting on a show.

In addition to bragging rights, engaging in theatrical pursuits provides a fun social outlet and also helps stimulate creativity beyond one’s normal comfort level by challenging the mind through working on lines and song lyrics, learning dance steps and working backstage. “Some of our actors are dealing with illness or physical constraints,” notes troupe member Gary Karlin, “but you get us on stage, and we come alive!”

Karlin, 83, is a founding Garlands Play Readers member who, along with his wife Cheryl, produced and directed the group for several years. For Thoroughly Modern Millie, Jr., Cheryl served as the set designer and created a nine by 13-foot backdrop of New York City’s iconic skyscrapers. Gary reports, “Turns out that there are a lot of people here at The Garlands who are frustrated actors . . . now is our chance!” 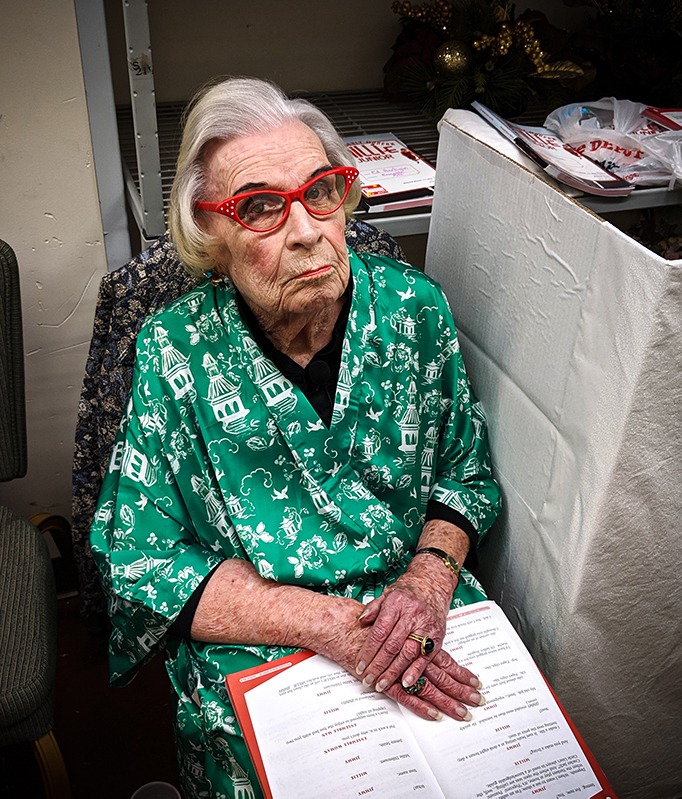 Garlands member Lee Nelsen works her lines as she prepares to run the Hotel Priscilla as the iconic as Mrs. Meers in The Garlands of Barrington’s production of Thoroughly Modern Millie, Jr.

“People who choose to engage in theatrical pursuits with The Garlands Play Readers tend to share the common bonds of really loving the opportunity to challenge their abilities, meet new people and enjoy the rehearsal and performance experience,” says Szkil. “The theater offers our members an ideal opportunity to display their acting, singing and dramatic talents while inspiring others to get involved. Our shows are often unpredictable, but they are always well received.”

Szkil channels his high school tech crew experience working behind the spotlight, backstage and as a stage manager to help organize and orchestrate the group. “I try to guide and provide structure for our actors, but they all have ideas and opinions as well – it really is a team effort,” says Szkil.

“Theater is an ideal outlet for older adults because you are able to accommodate so many different ability levels and talents,” says Szkil. He says that even assisted devices that can be associated with aging become an extension of the actor and can help set the scene. “We have been known to cast an actor who uses a walker as the emcee who then delivers his lines standing with support from a podium, and we have a member with MS who dances the chorus line from his wheelchair,” says Szkil. He has also added lights and a siren to an actor’s wheelchair who was playing the part of a police officer and a string of flowers to a walker for an 80-year-old actor who was playing the part of a young girl. Plus, he says, “In theater there are many behind-the-scenes roles, like sewing costumes, securing props, backstage support, lights, and, of course, the audience–everyone gets involved!”

LEARN MORE ABOUT LIFE AT THE GARLANDS!